A new ‘toy’ for the boat arrived this week, which we tried out for the first time today – a small, 12v dual fan. Although the fans are relatively small, they do help with keeping us slightly cooler. 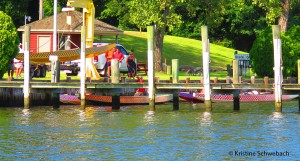 On our way to Calvert Marina floating docks, we noticed the Dragon Boats being lifted out of the water. I had remembered that the Dragon Boat races were this morning in Solomons, but neither Lori or myself had any interest in going to watch. We had gone last year and found it rather … dull. 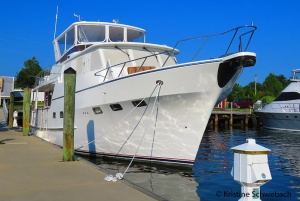 I wanted to go visit with September Song as they have had quite the experiences since we’ve last seen them. After having traveled, by train, to the mid-west, for which Lori and I dropped them at Union Station, they returned to September Song to find their refrigerator had stopped working. Then, to top it off, Bob had a health scare with his heart. Fortunately the doctors at Prince Frederick were able to address the problem without having to rush him up to specialists in D.C.

After chatting with them, as well as their friend Byrne, for a while they all agreed to join us for dinner at Island Hideaway. We had a lovely time. We actually sat inside because it was just a bit too hot to sit outside. 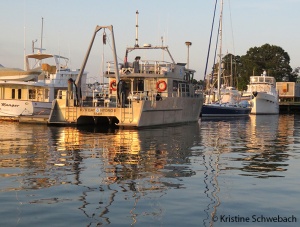 Once we finished dinner we returned Bob, Stephanie, and Byrne to September Song, Lori and I headed home. 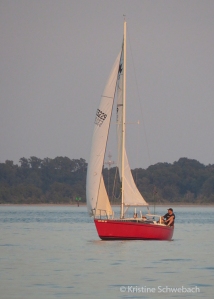 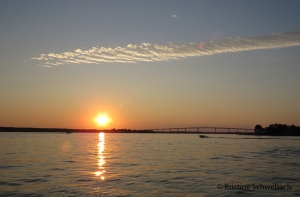