Lori is just days out from having had a total knee replacement on her right knee. As a result, she has not yet recovered well enough to be on the boat. She has, however, recovered well enough for me to leave her alone while I went out … which she encouraged. She did assist with prepping the boat which meant, 19 steps down and 19 steps back up again.

Since the Boyz had come down to Freshies of Hollywood, with Barry’s mom and step-dad, AND they thought they might be taking Who Ray IV to Spring Cove Marina, I decided to head up towards their house. 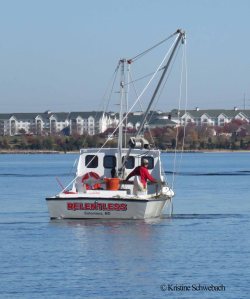 I was actually surprised to see so many boats on the water … but then again, it is still rock fish season. Other than the random boat wakes, the river looked flat – like glass. A beautiful day to be out on the water.

I had expected to swing by Freshies of Hollywood, return home, pick up Lori, then return to Freshies by car. Along the way up river I received a call from Barry. He was out running errands and planned on stopping at Snellman’s. I told him I was already heading to Freshies, by boat. Cool.

Lori then called me to say, Barry had called her offering to pick her up and drive her to Freshies, which she accepted. Fortunately, she called to let me know before she left so that I could instruct her to please bring the two ice creams I had made for them – one coffee flavor and one pomegranate flavor. The pomegranate flavor I’m experimenting with as I have no recipe to follow.

Before heading in, to dock at Freshies, I first lingered in the river while preparing all of my lines. Due to the low tide I slowly made my way towards the pier with both motors trimmed up as far as I dare. As I made my way towards land I was mesmerized at the amazingly clear water. I could see the bottom long before I even came close to shore. Sooooo clear – it seemed as though I could reach out and touch the bottom. I checked the stern often, looking for kicked up mud … amazed that I saw nothing churning. Wow – such very clear water.

As I approached Freshies, Eric was on Who Ray IV trying to get the port engine started… without success. A man stood on the pier which I assumed was Barry’s step-dad. They assisted with grabbing my lines. I immediately introduced myself to Barry’s step-dad as soon as I disembarked.

Since we had such a GORGEOUS, unseasonal November day, quite hot in the sun, Eric wanted to sit outside. We set up enough chairs for everyone. Barry found a chaise lounge chair for Lori to move into and sit with her knee elevated a bit. Barry’s mom, Cecil, and step-dad, Raymond, did come to sit outside with us which was nice. 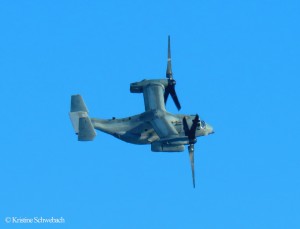 While there I spent a major chunk of time also on the phone, working. Oh, well, if I have to work, at least I had a beautiful view.

When Lori began to feel fatigued, Barry drove her home. I departed shortly after they did so that I could be home with Lori. I did take my time, stopping on occasion to take some photos. I must have lingered too long as I did get a call from Lori asking my whereabouts. Fortunately I was able to tell her if she looked out the window she would see me entering the cove.