Received some very sad news this morning – our friend Stephen Tall Timbers passed away a few days ago. I received an email about his memorial service and I thought it must be the wrong person. I emailed back, “Stephen, lives in Tall Timbers, married to Martha, fluent in Chinese, that Stephen?” Yep, that one. For the past week or so I’ve been strongly thinking of Martha and Stephen; thinking that we need to have them over to go out on the boat.

First Dave’s passing, now Stephen. They say this comes in threes. I worry about who will be the third. (*note: a week or two after this writing we learned that our previous neighbor, Rick, passed away – that makes three*) 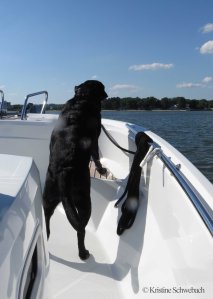 This evening we had to go to Broomes Island for cornhole. While there, I sat chatting with Gay-Not Gay Cop at the bar. He gave me an Island Dog koozie from Key West that reads “Doing the Keys Doggie Style.” So very nice of him. That was so nice of him.

Bob and Stephanie came up, by land, to visit. I went to introduce them to Gay-Not Gay Cop. I had to stop myself as I nearly introduced him as “Gay-Not Gay Cop.” My brain went blank, I could not remember his real name. Such a relief when they took over introducing themselves to each other. Whew.

The evening went well for the Corn Ho’s won all three games. Yeah for them.