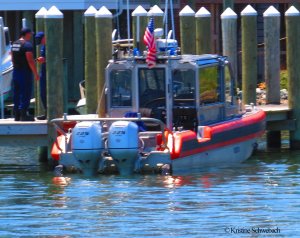 As we neared Solomons Island we noticed the masts of a tall ship which turned out to be the Kalmer Nyckle docked at Waterman’s Wharf. Nice. 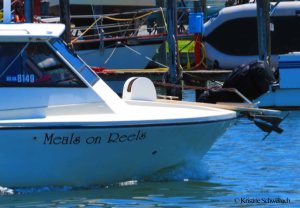 We first went to Island HideAway for lunch. To our surprise we saw Eric M’Lady and Vic sitting on the patio. Eric came out to the pier to offer assistance by grabbing a line. Pleasant surprise seeing both Vic and Eric.

Just as we finished securing lines we noticed the Boyz pulling into Island HideAway with their guests. Yet another pleasant surprise. As usual, Lori and I had fantastic meals. Lori enjoyed REAL Florida Grouper, not some fish being passed off as Grouper.

During lunch we watched this guy in has small little sailboat slowly cruising back and forth. Obviously he had nowhere he needed to be, and certainly wasn’t getting anywhere fast.

After lunch we headed over to Solomons Yachting Center in order to top up on fuel.
Gauge read: 45.1 gallons used
Filled: 47.2 gallons
Cost: $3.10/gallon 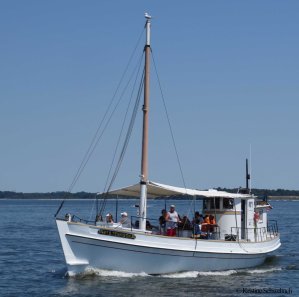 After fueling, we headed up river to Broomes Island in order to meet up with September Song at Stoney’s. Because of the nice weather we utilized the fly bridge. Had a lovely afternoon. 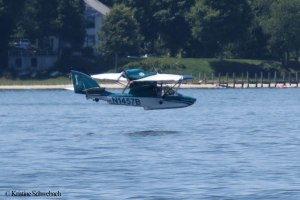 We did have the good fortune to see the sea plane cruising around. Makes me almost want to learn to fly.