As we prepared to leave I noticed the kids outside playing. I was so VERY tempted to go ask their dad, who was outside working on a door, if it would be ok if we took the kids with us. But, since I thought it’s likely we might stop somewhere, other than fuel, I didn’t want to worry the parents or bore 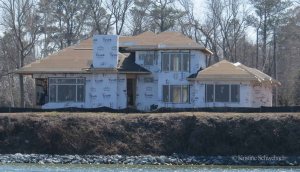 We first stopped at Greg and Dee’s to say “Hi”. They were watching their grandchild so we didn’t bother to invite them to go along. They told us their daughter and her husband were at Clarkes Landing so if we stopped there we should look for them. 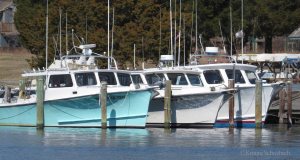 After our brief visit with Dee and Greg, we headed to Solomons for fuel. We originally planned on going to Solomons Yachting Center but when we arrived it appeared closed. We wondered if perhaps they didn’t have any gas yet for the new season. We instead headed for Spring Cove Marina.

Once fueled we headed back towards home. We decided to stop at Stoney’s Clarkes Landing for a quick drink and to visit with Katy. That is one of the big advantages of having Stoney’s at Clarkes Landing.

We walked into a fairly crowded bar. I started to scan the people sitting there wondering if Dee and Greg’s daughter sat among them. As we made our way to the only available seats at the end of the bar, a woman stood up and greeted us – Dee and Greg’s daughter. Dee had already texted her to alert her to look for us.

We had a lovely time talking with her – and with Katy …. When she could spare a few moments. 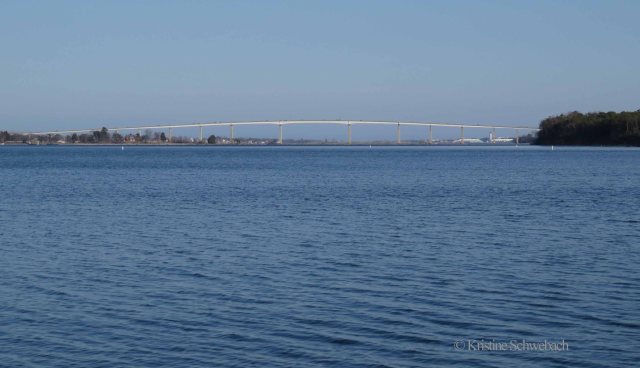