Lori, Jordan, Bill, Connie and I drove to Kent Island to watch the Cocktail Class Wood Boat races. Bill wants to build one of these little boats and asked if I would be willing to be the driver. My answer – ABSOLUTELY. 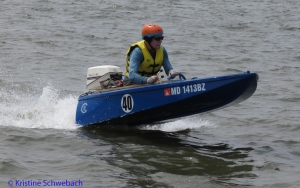 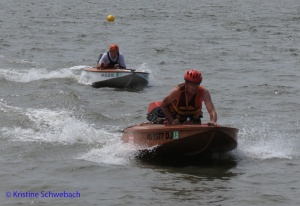 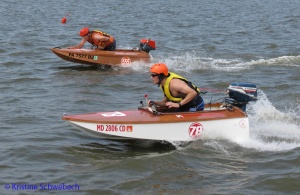 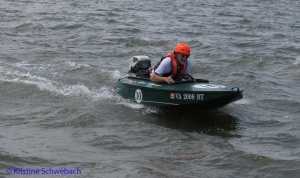 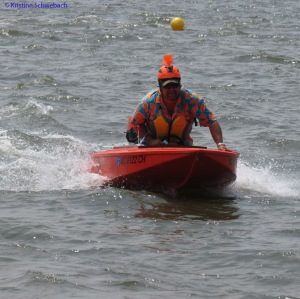 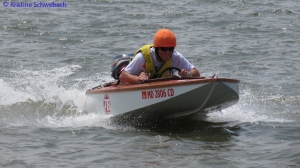 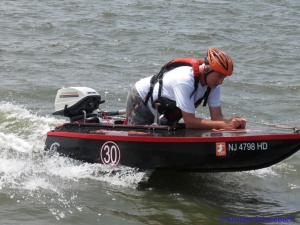 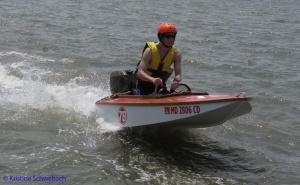 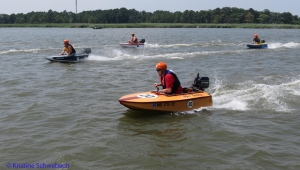 I had thought Bill and Connie had already seen these racers; they hadn’t. It was so very cool. We talked to many of the participants and looked at all their boats in order to get ideas for his boat. We did tell people about our plans to be future participants. One of the fellows we talked to ended up being one of the original persons who came up with this idea. He explained that in the beginning they had only about 5 boats and 20 racers. The racers would simply share boats. He then offered to let me go out on his boat to give it a try.

I was a bit skeptical with accepting his offer. I told him I feared that there may be something with the motor that would break, no matter the driver, and with my luck it would be me driving when it happened. He shrugged and explained, it’s an old motor and things happen. I liked that attitude. After a bit of coaxing from our group, I put on the race gear – helmet and life vest – crawled into the cockpit and pushed off. As I was getting in, I did tell the boat owner that I am very familiar with boats and have a lot of experience at the helm. 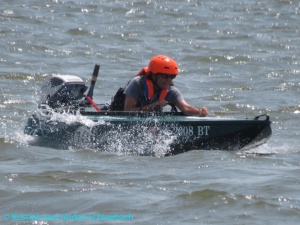 As I motored along I couldn’t get any speed even though I had it full throttle. I yelled over to the fellow following along to ask why. He instructed me to lean over the bow a bit. As soon as I did the boat really took off. I ran the race course once and planned on coming in. I noticed everyone on the pier telling me to go again, including the boat owner, so I did. 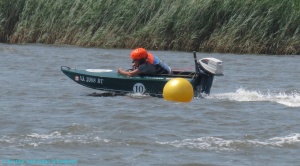 I did take it somewhat easy since (1) it was my first time out on this type of boat, (2) it was not my boat, and (3) it was fairly rough. In fact, many of the racers all day long had commented that today was the roughest water they had ever raced in. On a few occasions I worried about burying the bow under the waves. Even though it’s a small motor and therefore doesn’t go very fast, it did provide a great deal of exhilaration and fun.